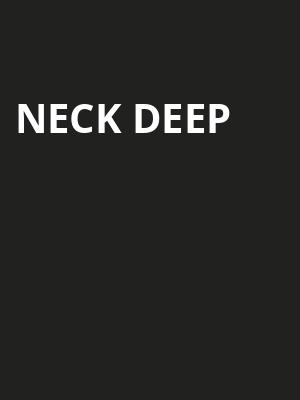 All Distortions Are Intentional tour

Welsh alt-rockers Neck Deep are hitting the road this fall in celebration of the release of their fourth album, "All Distortions Are Intentional". Calling to mind the glory days of Blink 182, New Found Glory and Fall Out Boy, the quartet have risen to the forefront of the current pop-punk revival with supercharged teen anthems comprised of fuzzy power chords, pounding drums and hook-laden melodies.

Frontman Ben Barlow mines the depths of his soul for lyrics that reflect broken relationships, small-town angst and the uncertainty of growing up, yet their upbeat songs regularly have audiences on their feet moshing and moving. The band's ability to emotionally empathize with their target audience has garnered them legions of fans around the world, whilst their mastery of escapism and penchant for killer tunes keeps those fans coming back to exciting, cathartic live shows.

The band's third album, 2017's "The Peace and the Panic" garnered the five-piece their second chart-topper where it reached the number four spot in both the UK and US album charts!

Sound good to you? Share this page on social media and let your friends know about Neck Deep at Fillmore Charlotte.