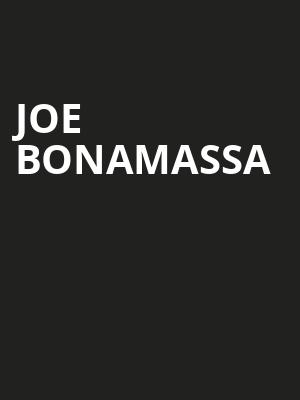 His ability to connect with live concert audiences is transformational!

Joe Bonamassa is the guitarist's guitarist. A master of the blues, Bonamassa easily ranks alongside the more well known Clapton or Jeff Beck. Such was his prodigious talent that he supported B.B. King at the tender of age of twelve in 1989, and was christened by King as "one of a kind." Since then, he's played with anyone who is anyone and released a formidable catalogue of studio albums.

Bonamassa is one of those performers who seems to live on the road this year is no different. An opportunity to witness a master at the very top of his game is one not to be missed! Catch the virtuoso when he plays the in , , .

Tvasc : “Not disappointed in Greenville sc”

First time I have seen Joe B. From reading previous reviews, I was worried... more

Craig Collier: “saw joe b in2013 at thefox AWSOME”

his show was as awesome ashis recorded music. we had front row seats handicapped... more

Sound good to you? Share this page on social media and let your friends know about Joe Bonamassa at Ovens Auditorium.