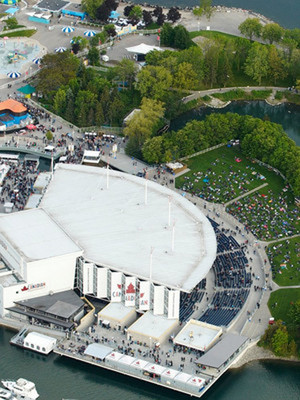 You can catch Jazmine Sullivan at Budweiser Stage in Toronto, showing Aug 12, 2022

Jazmine Sullivan is also touring to:

"...her musical versatility and keenly observed characters make her one of the most captivating artists in R&B today"

Jazmine Sullivan is back!

Jazmine Sullivan, the formidable RnB songstress behind the ridiculously catchy anthems Bust Your Windows, Forever Don't Last and Mascara. Blessed with dulcet-toned vocal pipes, Sullivan grew up singing in Church, eventually studying at the Philadelphia High School for Performing Arts and signing to a major label at 15. 2022 sees Sullivan hitting the road in support of her recent album, the 2022 Grammy Award-winning Heaux Tales, her first major release since 2015's Reality Show.

Combining shades of contemporary RnB, neo soul, reggae, jazz and doo wop, Sullivan's sound is smooth, soulful and sexy. Known for a commanding stage presence and charisma, she showed audiences what she can do in early 2015 after a four-year hiatus. Instead of gimmicky, OTT productions, the siren needs only her powerful vocals to still and satisfy concert goers.

Sound good to you? Share this page on social media and let your friends know about Jazmine Sullivan at Fillmore Charlotte.