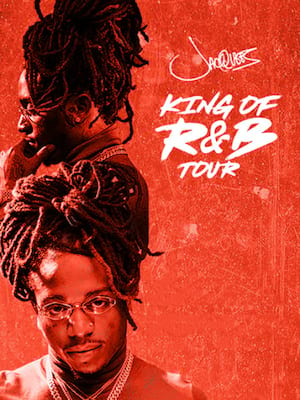 Up and coming crooner Jacquees possesses one of the great tones in contemporary R&B glinting and willowy, his voice skims over beats with guileless, melismatic charm

the king of r&b tour

Jacquees has been in the music studio and performing in talent shows for years. Following the release of his well-received debut album 4275 in 2018 and a subsequent countrywide tour, it looks like this rising star is ready to hit the road again in 2020, presenting new tracks from his sophomore record, King of R&B!

Already boasting collaborations with fellow R&B greats including Trey Songz, Donnell Jones, and Jermaine Dupri, the 25-year old Jaquues is proving that he's no flash in the pan. Catch this soon-to-be superstar live on stage whilst you can!

Seen Jacquees? Loved it? Hated it?

Sound good to you? Share this page on social media and let your friends know about Jacquees at Fillmore Charlotte.