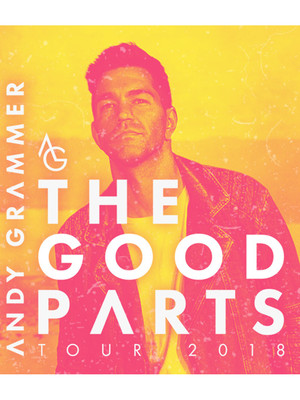 Andy Grammer is back

Multi-platinum singer songwriter Andy Grammer is redefining what it means to be a pop star on his own terms. The Honey I'm Good performer was discovered after his busking on the streets of his hometown Los Angeles drew large crowds. After signing with S-Curve Records, his debut album reached the top of the Billboard Chart in 2011.

Fusing soulful R&B melodies with dance-orientated production, Grammer's fist-pumping anthems are the perfect soundtrack to the good times, calling to mind carefree Summers, young love and nights filled with dancing. As such, the heartthrob's live shows are infused with a party atmosphere, influencing the audience to sing along to every line appreciatively. Breaking the backing-track-pop mould, Grammer plays his own instruments alongside a backing band which has been known to include a full horn section.

Sound good to you? Share this page on social media and let your friends know about Andy Grammer at Fillmore Charlotte.