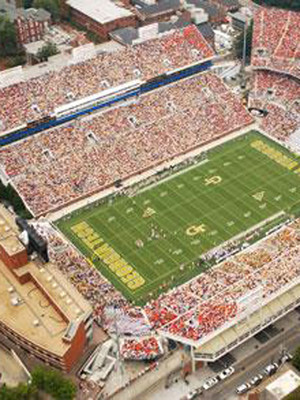 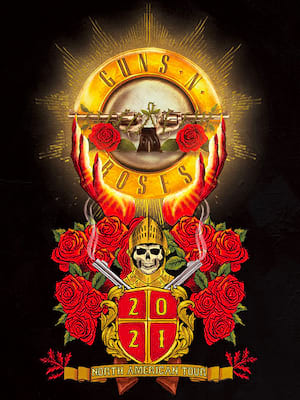 Guns N' Roses are making the most of finally being reunited as they head out on a huge stadium tour in 2020! Thank goodness that Axl, Slash, Duff, and Dizzy buried all their various hatchets and are back to doing what they do best, rocking out live! One of the defining rock bands of the past quarter-century, the band's many iconic tracks include 'Sweet Child O' Mine', 'Paradise City', 'November Rain', 'Don't Cry,' and 'Welcome to the Jungle'.

Emerging in the late 80s, Guns N Roses quickly established themselves as one of the biggest bands in the world. While Slash and Izzy Stradlin ferociously spit out dueling guitar riffs worthy of Aerosmith or The Stones, Axl Rose screeched out his tales of sex, drugs, and apathy in the big city. Meanwhile, bassist Duff McKagan and drummer Steven Adler were a limber rhythm section who kept the music loose and powerful. Guns N' Roses' music was basic and gritty, with a solid hard, bluesy base; they were dark, sleazy, dirty, and honest - everything that good hard rock and heavy metal should be.

Drove up from San Diego and it was flipping awesome! So impressed that... more

OmG !! ..I"ve seen the boys in between a handful or two times since the... more

Sound good to you? Share this page on social media and let your friends know about Guns N' Roses at Spectrum Center.