You can catch Moon Hooch at Chameleon Club in Lancaster, showing Jun 6, 2020

Moon Hooch is also touring to: 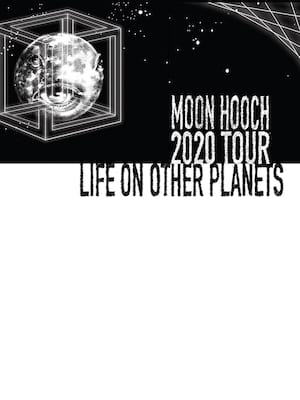 It's time to dance!

life on other planets tour

Brooklyn natives Moon Hooch prepare to tour America as they release their fourth studio album, Life On Other Planets in 2020! The band, who met at school, got their musical start by busking in New York's subways and even being kicked out by the NYPD for encouraging travelers to dance at the edge of the platform. Since then, the group have released several music projects and performed across the world to audiences who can't stop dancing!

The trio comprises of James Muschler on drums and Mike Wilbur and Wenzl McGowen on saxophones. The band's last EP, 2018's "Light It Up", was labeled as being "small but mighty" and "sheer pop pleasure, with run time and production to match"! Don't miss this energetic trio live as they head to your town!

Some venues are age-restricted, please check with the venue before purchasing tickets.

Sound good to you? Share this page on social media and let your friends know about Moon Hooch at Neighborhood Theatre.