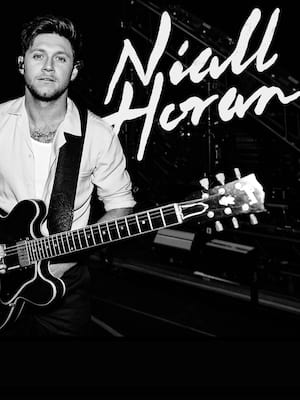 Niall Horan celebrates the release of his second album on Nice To Meet Ya!

Nice to meet ya Tour

Niall Horan is hitting the American road this summer as he extends his hotly anticipated Nice To Meet Ya tour! The former One Direction star celebrates the release of his second album "Heart Break Weather" with this 17 city trek. Post his One D days Niall has plugged himself into some 70s folk and rock influences, and given us two outstanding singles - the funk-laden "Slow Hands" and sing along hit "Nice To Meet Ya".

Since 1D waved goodbye to their boyband days Niall has proven that he was more than the 'quiet one' in the supergroup. His debut album "Flicker" hit the number one spot in the US album charts and hit Platinum status! With his new grown-up sound, Niall is looking to a successful solo career, and we can't wait!

We saw Niall own the stage last night and his band is phenomenal what... more

Sound good to you? Share this page on social media and let your friends know about Niall Horan at Charlotte Metro Credit Union Amphitheatre.