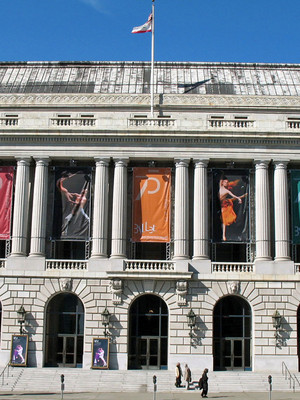 Defiant to the very end, a murderous lothario gets his just desserts.

A post-apocalyptic setting for giovanni

San Francisco Opera brings the mayhem in this dark Mozart classic, the final in their Mozart/De Ponte trilogy. Set in a post-apocalyptic future, Opera's most infamous playboy has his Machiavellian attempts at seduction are thwarted as he is finally punished for the rogue he is. A cathartic concept for today.

What is the story?

Don Giovanni is a duplicitous lothario and his latest plan is to seduce the innocent Donna Anna, whilst disguised as her fiancee. Meanwhile, his wife, Donna Elvira arrives to collect the errant manchild. The ensuing chaos sees Giovanni try to put the moves on his own wife, whom he fails to even recognize. Now aware of Giovanni's two thousand plus amours conquests, she seeks revenge on the rake and Don Giovanni's world begins to unravel as he faces his final comeuppance at the hands of jealous husbands, angry wives and an unearthly presence.

Sung in Italian with English titles

Three hours and 10 minutes with one intermission

Sound good to you? Share this page on social media and let your friends know about San Francisco Opera: Don Giovanni at Belk Theatre.