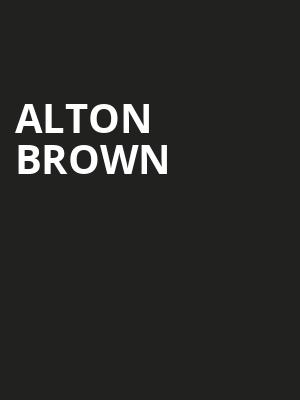 Food lovers rejoice. The mad scientist of the kitchen is back this year with his third serving of live culinary wonder: Beyond The Eats. Once again, the ingenious chef combines the ingredients of comedy, science, music, mayhem, multimedia presentations, and audience interaction, to create one unforgettable dish!

One of the Food Network's most recognizable faces since 1999, Alton Brown made his name with Good Eats, a show that combined science and food to unique effect! Since then, he's gone on to host many of the network's shows, publish a range of books on the subject of food, and toured the country with his zany shows. Beyond The Eats is his third live tour and promises to be bigger (and messier) than ever.

Suitable for most ages!

If you're happy to be in the splash zone, be sure to book tickets in the first three central rows!

Sound good to you? Share this page on social media and let your friends know about Alton Brown at Belk Theatre.