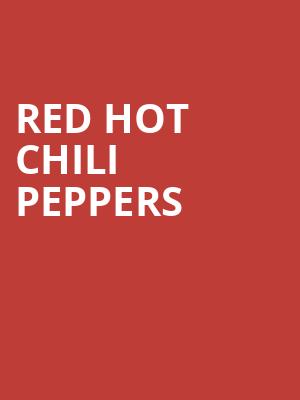 Build ups, bass and brilliance: Dark Necessities has it all!

The Red Hot Chili Peppers are heading out onto the road for a huge 32-date world stadium tour. This will be their first road trip with guitarist John Frusciante back in the band and also their first time hitting the stadiums of the U.S! Expect to hear career-spanning hits as well as new material from their upcoming album.

With an impressive yet turbulent nearly four decande history under their belts, this band has experienced both the lows of past drug abuse and stratospheric heights of success along the way. Their most commercially successful album to date remains 1999's Californication, and in 2012 they were inducted into the Rock and Roll Hall Of Fame. Catch them playing Getaway cuts alongside 'By the Way', 'Scar Tissue', Suck My Kiss' and 'Dani California'.

Absolutely incredible show. RHCP are one of, if not the last, 90's alternative... more

Fantastic show, high energy. I haven't been to a concert as good in years.... more

Sound good to you? Share this page on social media and let your friends know about Red Hot Chili Peppers at Bank of America Stadium.